Located At 1725 Cinnaminson Ave. Cinnaminson NJ 08077. This Station houses two engines and our rescue truck. This station is staffed 24 hours, 7 days a week by our career staff. 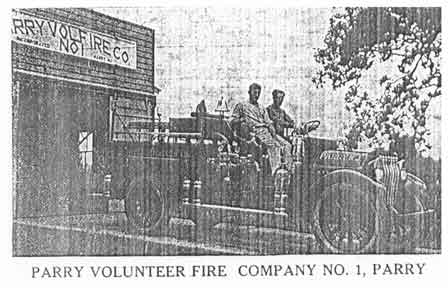 During the year of 1916, a handful of men of the town of Parry seemed to be united in their opinions as to the politics of that time and organized a Political Club. After the November elections of that year, the Club had seen the good of organized effort and decided to form a Fire Company.

This was done in November, 1916, and at the time of the organization there were 14 members. The Meetings were held in various houses and at the home of J. Kaueffer, on Washington Street, on February 6 1917, the company was incorporated.

At the time of incorporation, plans were being made for the purchase of a piece of ground for a fire house and on February 20, 1917 the trustees submitted a report stating that the ground on which the fire house now stands could be bought and authorized the purchase of it. This decision brought about some dissension and the result was that 7 members withdrew from the company. The remainder continued on and on June 11, 1917, the ground was purchased and shortly thereafter the building was started.

​The work on the building was done entirely by the members of the company and there have been numerous alterations since that time.

What the Parry Volunteer Fire Company has accomplished is the example of a small body of men with an all efforts concentrated on one object and all working in harmony with one another. The results that they have achieved in the few years they have been organized, considering the rough road to travel with no funds other than those raised by the members themselves, have largely been due to the care used in the election of officers who have the interest of the company at heart.